Media Impact Festival Winners
Introduced by Kathy Im, Director of Journalism and New Media, MacArthur Foundation
The Counted
Through video, interactives, investigative journalism, crowdsourcing, and deep audience engagement this project sought to create a database of Americans killed by police which no government agency — including the FBI — had assembled. The team also worked to tell the stories of those killed by police so that they were no longer anonymous, and raise the level of national consciousness of the magnitude of this crisis in criminal justice.
Media Impact Funders
Civic Hall, NYC
June 28, 2016 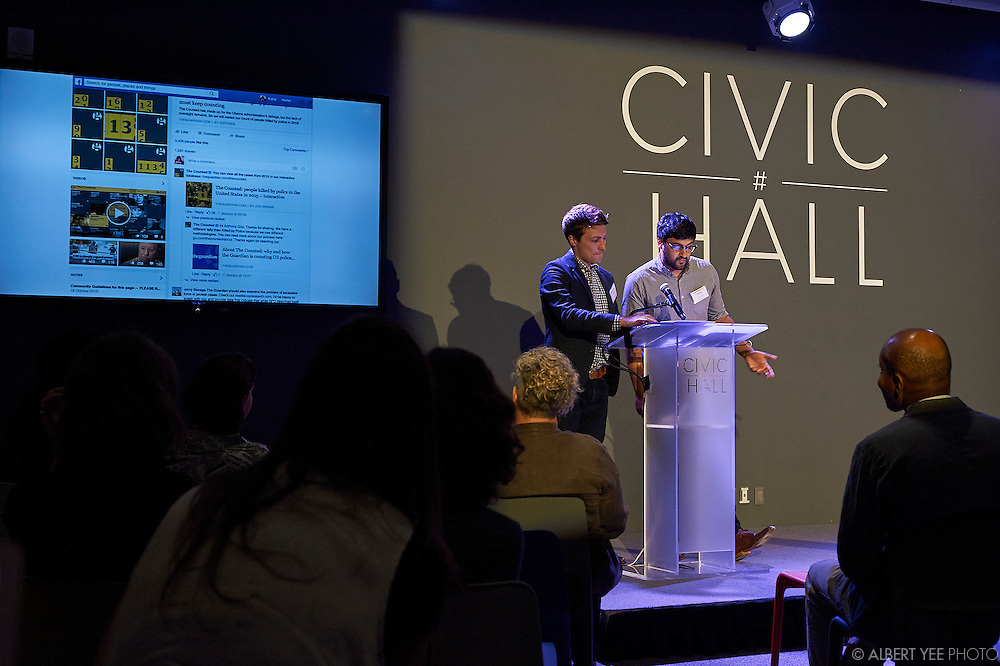